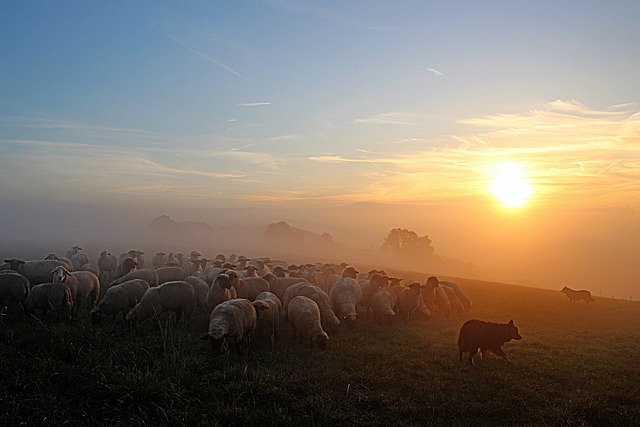 In 1986 my career brought me and my family to someplace I never expected I would visit, let alone live in.  That was the year that my employer started construction on a manufacturing plant in Henderson, Nevada, and they asked me to be part of the startup leadership team.  Henderson is just south of the glitz of Las Vegas.  I’m sure that a lot of people have thought a lot of things about me in my lifetime, but I am relatively certain that none of them associated “glitz” with their ideas about who I am.

My wife and I were reluctant because of the distance from our home in Wisconsin, the desert climate and that glitz, but we said “yes” when the company promised an opportunity to return to our home state in 3-5 years.

One of the special people that we met in our Nevada experience was Father Caesar Caviglia, the pastor at St. Peter’s Church.  He had two traits that I deeply admired.  He had an obvious passion for serving his people, and he had a love of the outdoors, and both were evident in the way that he preached the Gospel.  I was intrigued by his stories of growing up in the Ely area which was about a four-hour drive north of Henderson.  I especially enjoyed his remembrances of spending his summers as a youth as a sheep herder in the mountains.  It sounded like my kind of adventure!

As someone who enjoys the outdoors there were two brief times each year that I was satisfied, even happy, with living in Nevada.  One was a brief two to three weeks in early March.  Late winter brought much of the little moisture that the area received for the year.  Those cool rains were typically followed by mild sunshine.  That’s when the desert exploded in color.  What for about forty-eight weeks of the year seemed more like a barren rocky lunar landscape literally blossomed.  Cactuses flowered.  And wildflowers sprung up seemingly overnight and blanketed every valley with yellows, whites and even purples.  It was a visual feast.

The second time was the final week of August.  That was when I had the opportunity to archery hunt for mule deer near Ely.  I hunted in the Humboldt National Forest in the mountains grouped with North Schell Peak.  Those mountains were a stark contrast with the Henderson area.  In the bottom of the valley, I pitched my tent along Timber Creek which was full of cutthroat trout.  I always packed my flyrod and spent part of at least one day catching enough fish for supper.  I remember one time when I managed to sneak up within 15 yards of a golden eagle who had managed to catch a fish dinner of his own.  He was perched on a large streamside rock.  I watched him enjoy his dinner and then take off.  I was close enough to hear the first wingbeats as he sprang up into the air, powerfully gathering altitude and distance.

Although there were also deer in the valley I preferred to hike up into the aspen groves to do my hunting, because the very few fellow hunters I did encounter on those trips preferred to drive their ATVs up and down the backroads in search of something close to the road.  I preferred to hunt “up high”.  It took more effort, but it was well worth it, for the solitude as well as the deer.

Hunting high, even at the end of August in Nevada, was a challenge from a weather standpoint.  I set out in the dark each morning for the climb stripped down to a t-shirt even though the temperatures were in the upper 20’s and frost sparkling in the beam of my flashlight.  It didn’t take much climbing to begin a sweat, even in that cold.  I did pack along a change of dry warm clothes to don once I completed my initial climb.

By midday I would be shedding layers again as the temps rose steadily with the sun.  It would likely be in the high 60’s by the time I decided to find a spot to sit and eat my lunch.  I remember one particularly beautiful day when I found a well-worn game trail near the top of a large aspen grove.  I climbed up another twenty yards, found a couple of large aspen trees that I could sit against, slipped off my pack and settled in.  I munched a sandwich and sipped cold water and listened to the warming breeze passing playfully through the leaves.  Dappled sunlight splashed me, so I pulled my hat brim down low over my eyes.  I dozed a bit.  I awakened with a nearby branch snap.  There, on the trail in front of me were two forkhorn bucks casually nibbling on browse.  They were not the trophies I was looking for, but I still turned my head slowly to watch them as they passed to my left.

As they disappeared around a turn on the trail my eyes caught something else of interest.  About two feet up from the base of a huge aspen I saw CC 1943 carved into the bark.  The tree had healed the carving with rough black patch that made it even more noticeable against the creamy light green of the aspen bark.  I spent another half hour or so enjoying the day, waiting to see if a larger buck might follow along after the forkhorns, and wondering about who sat here against these trees, in this spot, on this mountainside nearly 50 years ago and left that carving that left me to ponder.

We each leave one set of footprints on our life’s journey.  It is those places where our footsteps intersect with someone else’s that bring connection, that bring shared experience, that bring deeper meaning.