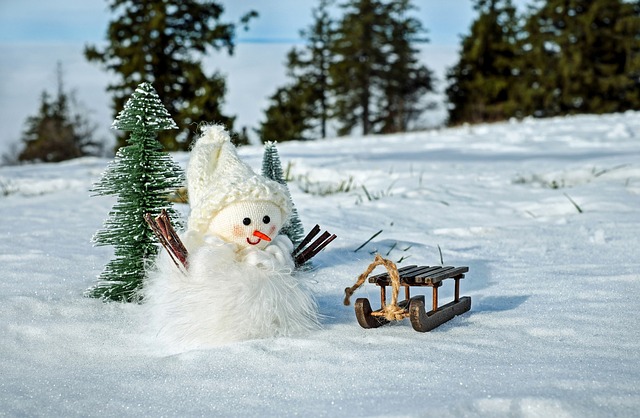 A major cold front came through last night.  The temperature was hovering slightly above freezing for the first eight hours or so of precipitation, before finally turning to snow sometime in the middle of the night.  I woke up to about four inches of very heavy wet snow that needed to be cleared from the driveway.

It was a mental checkpoint of my age.  My first thought as I looked out the front window was, “I’m thankful that it rained for as long as it did, because if it had been all snow I am sure there would have been a foot or more.”  I went about my work and finished in relative short order.

The temperature still hovered around freezing, so it was actually quite pleasant.  I was in no particular hurry to go back into the house.  I knocked the snow off of some of the lower branches of the white pines on the north side of the yard.  I noticed a single set of fox tracks; they were partially snowed in, so I knew that the fox had cut through the yard probably less than an hour before the snow stopped early this morning.  Foxes can be quite the wanderers, so I knew that this one was either less than a hundred yards from here, settled into the willow brush along the back of our property, or maybe he was a mile away and still hunting.  Since my knee is acting up these days, I decided not to follow the track to determine which was which.

Finally, the fresh snow began working on my memory, and it occurred to me that in my childhood days I would have been disappointed, not grateful, that the storm started as rain.  When I was younger I was always disappointed when the snow stopped falling.

My second younger thought was that this was the kind of snow I loved as a kid, because it was perfect for making a snowman.  My brother Mike and I were always just a bit too ambitious because we rolled huge snowballs that took both of us to push.  That was fine for the bottom section, but inevitably we had to take a shovel to trim our intended middle section, because we always made it too big to lift up into place.  I remember a couple of times we found some old pieces of lumber and used them as a ramp.  That worked as long as you were able to stop it from rolling off the other side.

The snowman memories reminded me of our first winter here in this house.  The five acres we purchased west of town were treeless except for a huge cottonwood tree that sat on the very back fence line of the property.  The house was completed in early spring and we had moved in Easter weekend 1991.  That spring and summer I planted shrubs, and the lawn, and our first trees.

It was a mid-December day of that year when we received our first snowman-making snow.  I chuckled to myself when I saw the little snowman that our four young children had made; it stood in the front yard smiling and waving at me as I pulled into the driveway.  They all came running out of the house to greet me and make sure that I dutifully admired their work.

I stood there smiling at the little snow man with his carrot nose and two charcoal briquette eyes.  He had one of the kid’s extra knit hats and a scarf.  His two stick arms reached out.

Suddenly, it hit me.  This snowman was waving with two stick arms.  I thought to myself, “Where did these stick arms come from?”  Then I tentatively asked the question out loud, “Where did you get the sticks for the arms?”  Ben, my youngest, only four at the time, smiled proudly and said, “I chopped them down all by myself!”  It got quiet as I let that sink in.  “What do you use to chop them, Ben?” I asked, jaw dropping noticeably by now.  “I used your axe,” he answered proudly.  Now I am thinking, my four-year-old was wielding an axe!  “OK, don’t panic; nobody got hurt”, flashed through my mind that was trying to process this scary information.

Next question: “What did you chop down?”  “That bush right over there”, Ben replied innocently.  My gaze followed his mittened hand pointing to the front corner of the house and the remains of a fairly expensive burning bush that I had purchased from the local greenhouse, and planted with much care last spring.  I stood there silently looking at the chopped up remains of the shrub.  God gave me the grace to not overreact.  No sense spoiling their delight in their first snowman.

A few weeks later we had another perfect snowman snowfall on a Saturday.  I was home to help the kids make an even bigger snowman.  I took the branch arms from their little snowman and stuck them in the new snowman.  After all, we had made quite an investment in this snowman arms, so we should make the most of them.  I stepped back and admired our work.  I had to admit those arms were perfect – just enough twigs extending from the tips to give the illusion that the snowman was waving hello to everyone who passed by.