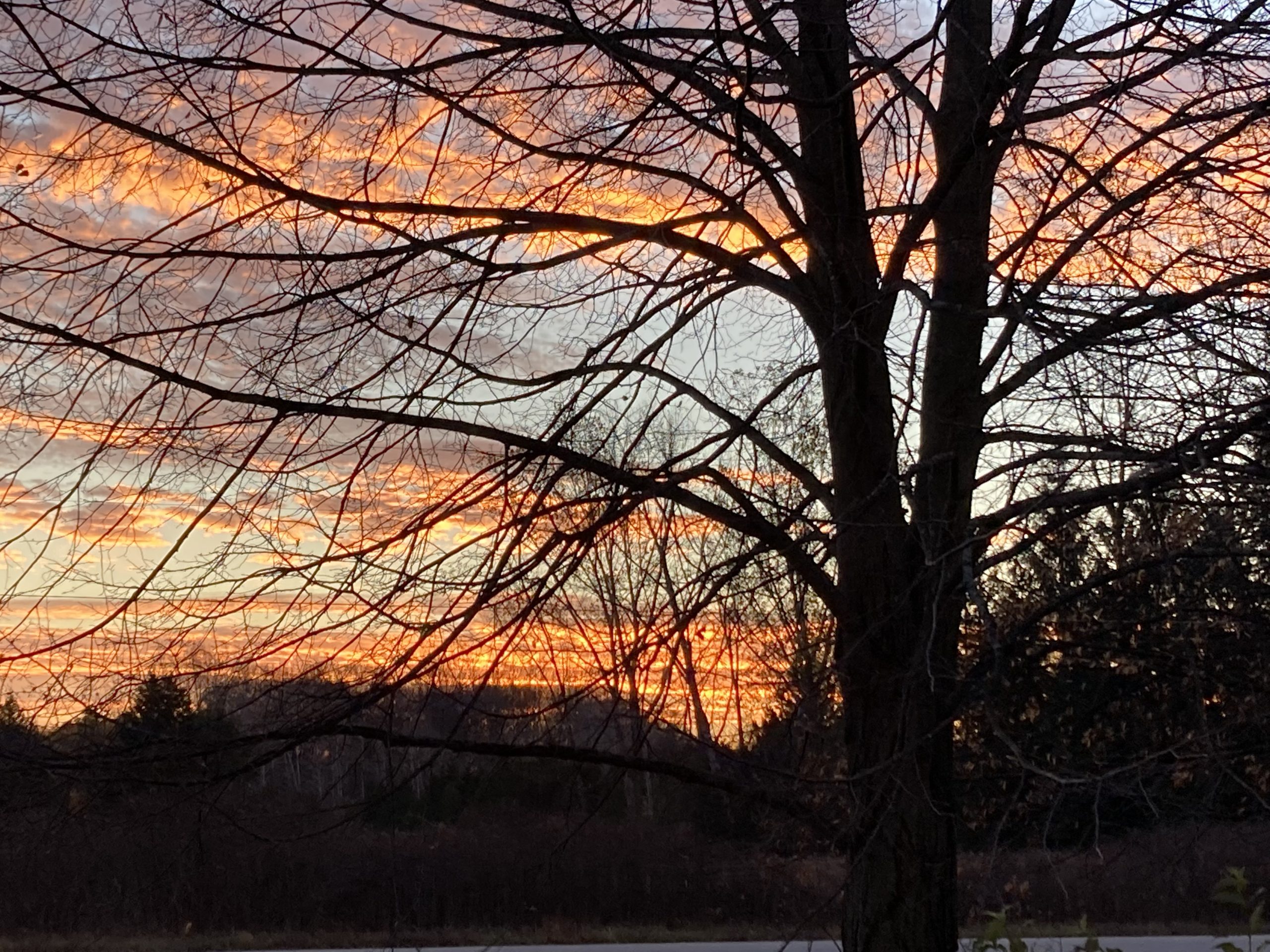 The week and the weather came together to allow a rare opportunity – a November kayak paddle.  At least going back into our pictures in the eight years we’ve owned our kayaks the only other November paddle we had a chance to enjoy was in 2016. It would have been nice to head up north to one of the more remote lakes but an early evening obligation forced the decision to head to Shawano Lake.  Probably due to this being midweek, and the late season, we were blessed to literally be the only ones on the water.  We felt rich!

We paddled out into a light, but steady breeze puffing from the south that stirred up the water just a bit.  The waves were low and rounded, just enough that the front of the kayak bounced just a little, but there was no spray.  Weeks of frosty mornings had cleared the water dramatically from what we experienced in mid-summer.  Most of the surface and submerged vegetation had died back; only the stiffened rushes remained.  The stands of rushes appeared almost yellowish orange from a distance, but it proved to be the way the bright sunlight reflected off of them as they were, in fact, quite brown and brittle as we passed close by.

When more typical November blows rafts of leaden gray clouds out of the northwest the only ducks remaining at this date are the deep divers from Canada.  But on this day we saw multiple bunches of mallards soaking up the day’s warmth; occasionally one would let out a loud raspy quack.  Soon, possibly this coming week when the temps are predicted to be more normal for this time of year, they will leave for wintering waters, but on this day they are content to dabble and rest.

Along the big lake’s north shore that we paddled, it is quite shallow.  I could easily see the shadow of my kayak gliding along the lake bottom sand that was all rippled just like cirrus clouds of those perfect summer skies of July.  It is interesting to see that lake bottom sand and overhead sky, much different elements impacted by different forces, one the constant movement of water and the other the sudden movement of warming air currents, could paint the same design.

As we paddled the last distance back to the landing I breathed deeply, enjoying the warmth of the afternoon sun on my face.  I felt the kayak slicing the water open for me to pass, the paddle in my hands pulling me forward.  Time in a bottle, corked against the coming of winter.  Memories that will need to keep fresh until the breeze once again rises in the south.

This morning’s sunrise caught me eye and would not let go.  I was compelled to face east and watch it paint the fresh canvas of morning sky.  Life is in the moment.  See, feel, taste the beauty, now.