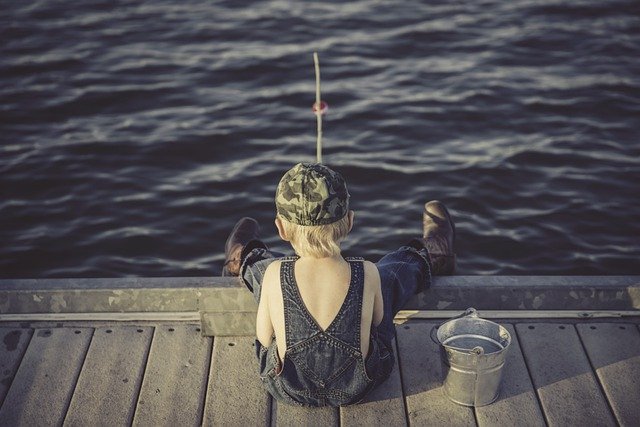 For the last five or six years I have finished the trout season in southwestern Wisconsin, in an area known as the driftless region.  The glaciers that scoured out the Great Lakes and most of the rest of what is now known as Wisconsin never made it there, so the topography is both ancient and unique.  There are many valleys and hollows and many of those valley floors have cold, clear streams coursing through them.  Those streams are home to wild trout populations famous for their abundance and their size.  I have found it the perfect place to finish the trout season.  The fish are cooperative, and the summer crowds, and many of the summer insects are gone.  The only problem I have with the driftless is that it is a good four-hour drive.

However, this year the cards have been stacked against me.  By late July I knew that it was going to be difficult to squeeze that end-of year fishing trip into the calendar.  Two weeks ago, I admitted defeat and shifted my sights to an autumn day of trout fishing much closer to home.  Today was the day. The weather forecast called for sharply dropping temps and rain later in the week, so it was now or never.

I pondered the place.  Where one chooses to end something as important as the trout season requires deep thought.  The Prairie River is good in late season and being 90 minutes north the autumn colors should be peaking.  The Willow is south, but the browns should be cruising.  I know a myriad of smaller streams where the brookies will be eager and sporting their spawning colors.  The Pine has been good to me in late season before.  I have occasionally used this last trip to fish someplace new, and that has led to happy memories of the Tomorrow and the Embarrass.  But after much thought I knew in my heart all along where I would go.  It was time to head for home waters.

Every trout chaser has his own home waters.  Mine happens to be the South Branch of the Oconto, just north of the little town of Mountain.  This was the first big water I ever fished.  This is where I caught my first big brown on a fly that I had tied.  In my younger years I filled many a creel here.  But most importantly, this is where I fished with my brother-in-law, Ron.  The in-law designation is correct, but as far as I was concerned he was my full-blooded brother.  He is the one who taught me all about stream trout fishing.  Someone at work had told him about the stretch of the Oconto and we sort of discovered it together.

I have many happy memories of fishing there with Ron; my favorite centers on that first big brown trout I mentioned earlier.  I was using my fly rod and not catching much while Ron was filling his creel using night crawlers.  That was until just before noon when a caddis fly hatch filled the air and the trout shifted their total feeding focus.  I was standing in just a couple of inches of water at the edge of a gravel bar, casting out into the deeper pool above and catching fish after fish.  Ron, who had been very happy just minutes before now stood upstream in a bit of a pout.  With the next strike, I raised my rod and it arced deeply, as the big brown tugged back.  It took me several minutes to guide him into my landing net, which he nearly filled.  Ron waded over to see my prize close up.  He reached into the net, “Let’s get a good look at him!”  Briefly, all too briefly Ron held him up to admire the large trout.  Suddenly the trout twisted free, and I watched Ron pounce again and again at the large trout that was swimming in just two inches of water.  One last pounce failed as the big brown trout finally made it to deeper water and disappeared.  We drove home in silence.

It has been 50 years since that big fish.  It is 40 years since I fished with Ron; and it is seven years since Ron passed away.  I did forgive him – eventually, for accidentally releasing my trout.  We even got to the point where we both could laugh about it – although it took a while.

When I packed my gear early this morning, I included Ron’s memory.  I wanted him to be with me again.  He was.  I wish I could say that I caught another big brown, but I did not.  My favorite part of this day was taking a seat on a mid-river boulder just below the rapids.  I enjoyed the morning sun on my face and sparkling on the water.  The maples were orange and red and yellow.  I listened to the river sing.  I was at peace on home waters. 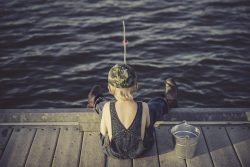