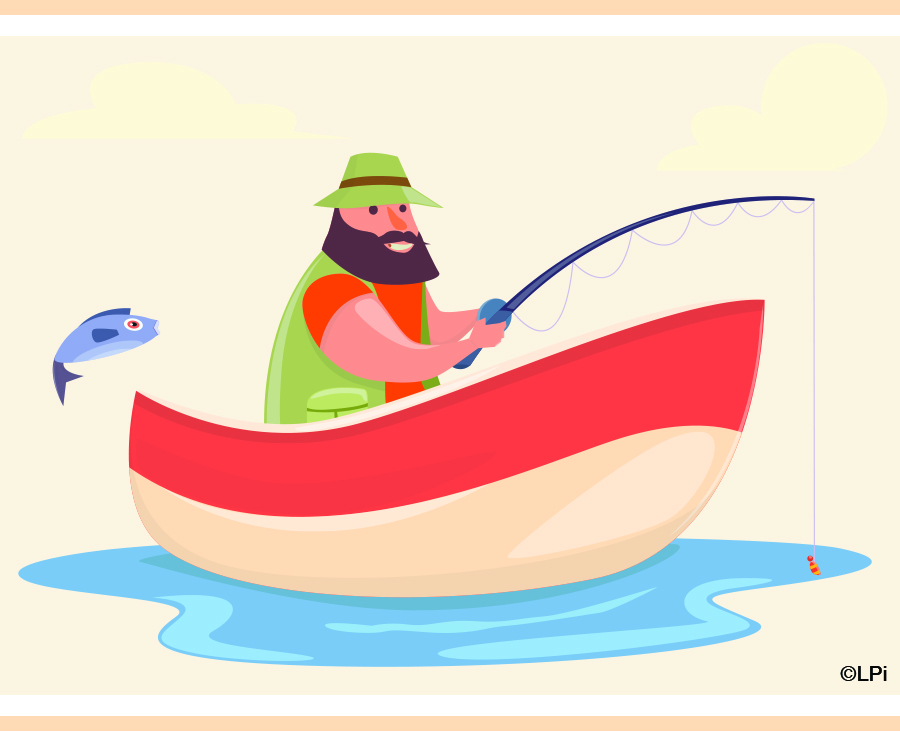 I looked for it the other day, even though the August temperature was pushing 90 degrees.  It was where it should be – in a bucket with other ice fishing gear, appropriately shoved in a far corner of the basement, given this is hardly the season for its use.  I went over anyway and picked it up.  It is a homemade, or maybe more appropriately, a home-assembled ice fishing rod.

The handle is a section sawed off of a broken barn broom handle.  The white paint has held up 42 years now.  The rod itself is actually the tip section of an old summertime fiberglass spincast rod that had already seen its better days long before it was given second life as an ice fishing pole.  A just-adequate hole had been drilled into the section of broom handle and the butt end of the fiberglass had been forced into the hole.  No glue was needed as the fit was very snug.  It has held firmly all these years.  The “reel” is the only authentic ice fishing gear on the rig – a simple plastic spool that really just holds about 20 yards of line.  There is a little nob handle.  The reel is held in place by a single wood screw.

The ice fishing rod is a simple design for simple fishing.  You could call it a jig pole but my brother-in-law Joel who made it for me called it a “diddle” pole.  The pole worked best when ice fishing fairly shallow water.  When the bobber went down, telegraphing a bite, you just lifted your rod hand high in the air and unceremoniously pulled a hopefully plump perch or bluegill out of the water and onto the ice.

I know that my diddle pole is 42 years old because Joel made it for me the first Christmas after I married Michelle and Joel became my brother-in-law.  My wife used to correct me because Joel was married to her sister, so those who follow the technical rules I guess would say that Joel was her brother-in-law.  I didn’t know (and still don’t understand) what technically that made of my relation to Joel, but I like to keep things simple like diddle poles and relationships, so I have always claimed Joel as my brother-in-law too.  As far as I know, he never had a problem with it.

I know that it was the first Christmas of our marriage because when Joel heard that I like to hunt and fish he began inviting me on his extended family excursions right away.  Joel and his family were dairy farmers.  That meant that winter, with its no field work nature was the easiest time for them to get some serious fishing done.  So, when the lake ice took hold already in early December that winter Joel invited me to tag along on an ice fishing trip.  I had only fished through the ice a time or two previously, so I had to borrow a pole from Joel.  Shortly afterward Joel presented me with my very own pole as a Christmas present.

I am sure that some may have looked at it and thought that it was a pretty cheap Christmas present – assembled as it was with cast off parts rescued from the landfill, a 69-cent plastic reel and a couple of turns of monofilament line.  But I recognized right away that it was something that Joel had put some time and effort into making.  But even more than that, it was one of those wordless conversations between two men that speak clearly to their hearts.  The rod was invitation.  The rod meant that I was welcome. The rod also proved very effective.  I have caught literally hundreds of panfish on that rod through the years.  I have other, more sophisticated ice fishing gear now, but I always bring the diddle pole along for good luck.

I looked for the rod the other day because it was the day that Joel passed away.  As I held it, he and I had another of those wordless conversations.