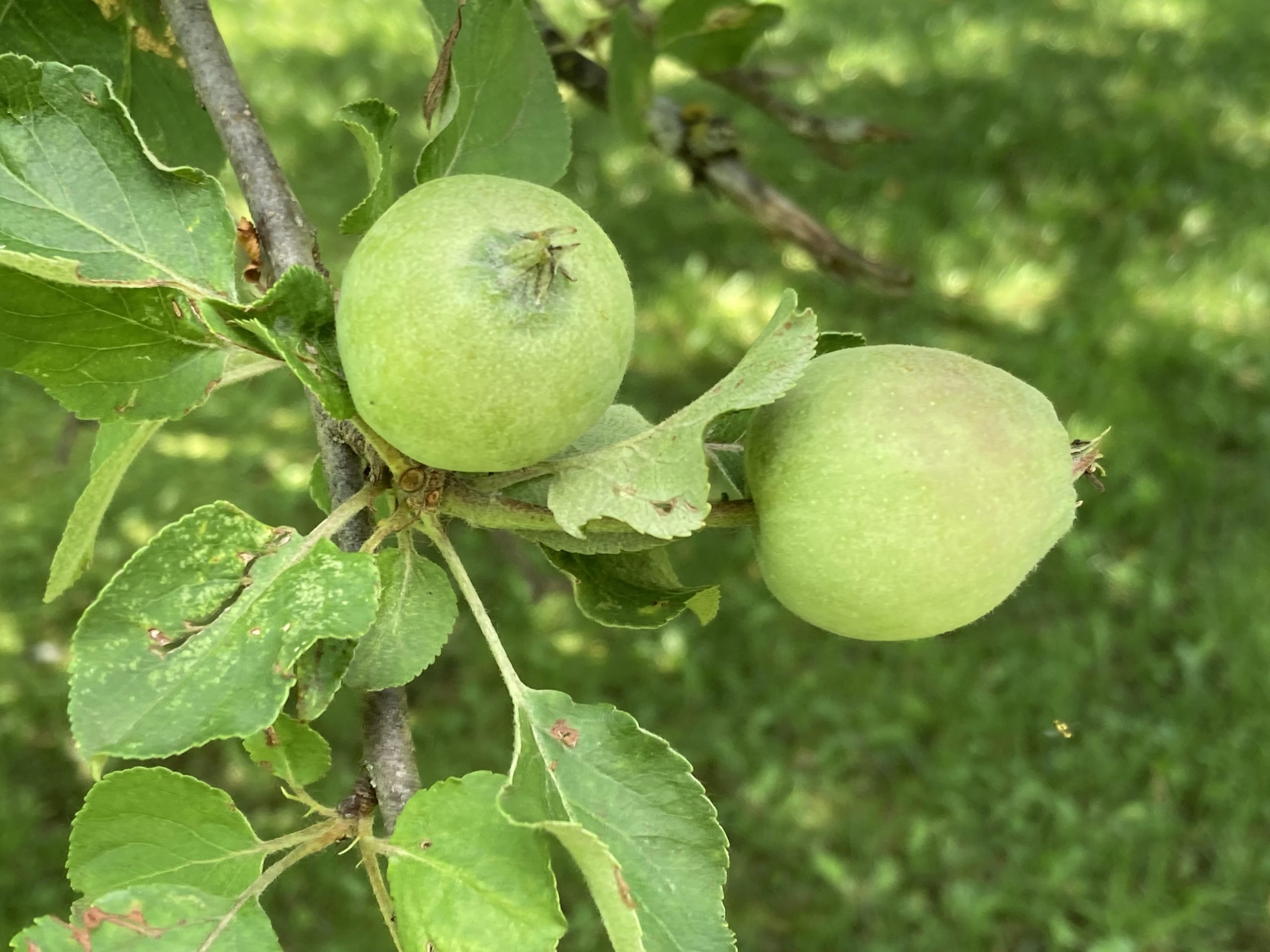 This week the chicory started blooming – a sure sign that while the calendar says that season of summer is only a couple of weeks old, we really are now in full season.  Many of the young of the season songbirds are already the size of their parents and of full voice, even if their coloring is still spotted.

I fished one of my favorite northern lakes last evening and noticed that even the young of the year of even the larger birds are nearing the size and strength of their parents.  The swan pair that have been spending summer of this lake for four years now have successfully raised cygnets again this year.  It is really just the tannish tone of the cygnets that separates them from the adults who are a pure brilliant white.  I saw the adults take flight twice during the evening but the young stayed half-hidden in the shoreline heather.

The osprey nest is occupied again this summer.  I am not sure how many more years the nest will serve as the long-dead white pine that it sits in stands barkless and weathered.  As I paddled by in my kayak one chick was perched on the edge of the nest while on of the adults perched on a branch five feet higher up the tree.  Later in the evening I passed by the eagle nest on the opposite shore.  Both adults were perched above the nest chirping nervously.  One chick for sure was large enough to be able to see over the edge of the huge nest and peer down at me.

Both the deer and the sandhill cranes have turned a rich roan red from the richness of their summer diets.  It is their seasonal “summer best” that is such a transformation from the dull gray they each sport in winter.

In the fields the winter wheat is beginning to ripen.  The grain heads, now yellowing, will turn golden and fully ripe in the next couple of weeks.  Meanwhile the corn stands about knee high and will use most of the summer season to mature.  On my fruit trees the apples are about the size of golf balls, the pears are assuming their pear shape, and clusters of grapes look more like peas than the deep purple that they will ripen to.

Summer then brings on life in waves.  For every redwing blackbird already cackling, who has never gripped anything other than a supple green cattail stem, there is a still-awkward gosling that has yet to take first flight.  For all the grasses that are headed out and ripening there are the joe pye weeds that won’t bloom until August and the asters that won’t bloom until later September.  Summer, like life, doesn’t unfold as a broad landscape, but as a mural of individual paintings in motion.  Promises green on the vine, ripening and ripened.

“For everything there is a season, and a time for every purpose under heaven” (Ecclesiastes 3:1)