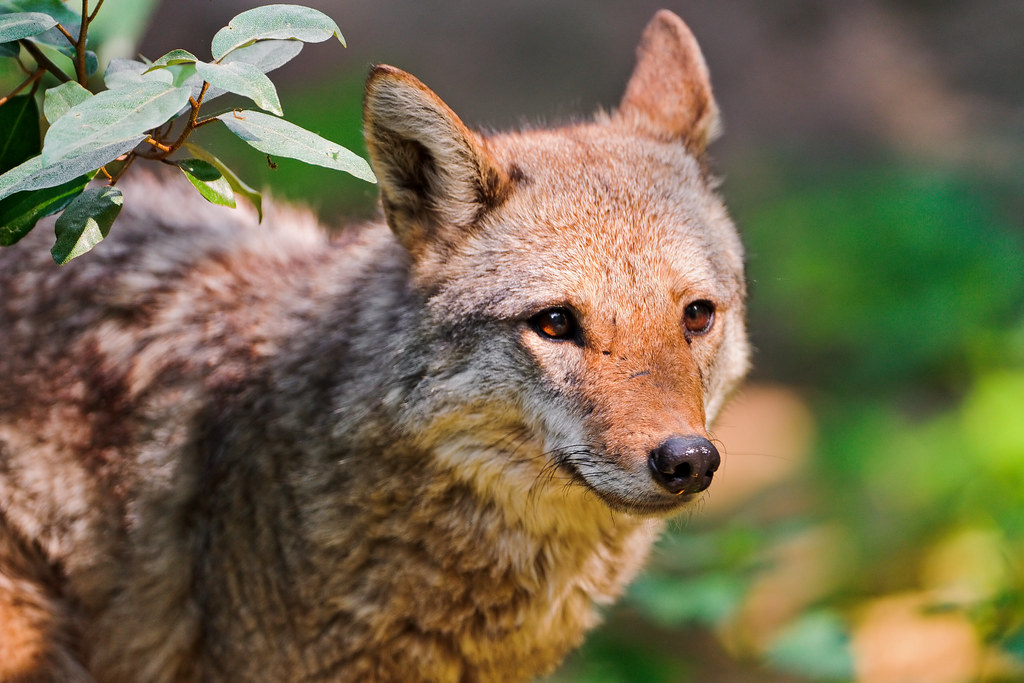 I noticed the fresh tracks when I pulled out of the driveway and headed out on a brief errand.  During the night we had just an inch of fluffy dry snow but it was pretty much enough to turn a new page on the snow that already lay on the ground that had become pocked with numerous animal tracks from a number of days and nights.  It was kind of like shaking the world as if it was a giant Etch A Sketch; it was ready to tell new stories.

I glanced again at the tracks when I returned home.  They weren’t obvious to me and so I was curious.  There were five sets of tracks set about five feet apart.  They weren’t from a small animal, but the feet dragged in the snow so the animal wasn’t too tall either.  I walked out to the road where the animals had finished crossing the yard, climbed up out of the ditch and headed across the open field across the road.  There, at the edge of the ditch, where there was enough new snow but thin enough to leave clear tracks, I found perfect impressions by three of the five sets.  Then I could confirm what I suspected – that the visitors during the night were five coyotes.

I backtracked to see where they had come from.  I followed them out of the back of our five acres to the nature conservancy that abuts our property.  I then followed them back to the road and across the field.  They didn’t stay in the open long, even in the night.  Just fifty or so yards in from the road they cut into a line of pine trees that mark the back property lines of the neighbors, then they cut into the woodlot to the north that is Tribal Land, so I couldn’t follow them any farther.

We knew that there was a pack of coyotes in the area as we had heard them several summer evenings when we had stayed outside to enjoy the evening, so I wasn’t too surprised.  But even though we had heard them we hadn’t seen them, and this was the first time that I saw their tracks in the yard.

There is a feeling about finding predator tracks that is much different than the usual sightings of deer and rabbits and other assorted critters.  The feeling is not fear as I have been close – very close – to coyotes on a number of occasions.  I remember one particular fall morning when I was hunting turkeys with my back to a huge oak and my eyes looking out across a hay field that was ready for its last cutting.  It was barely light enough to see when I noticed something coming right at me.  When it was about fifty yards away, I could clearly see that it was a coyote that was bounding through the alfalfa.  He was bouncing like Tigger – perhaps he didn’t appreciate how wet the dew-laden hay field was in the coolness of that October morning.  He came to full stop literally three feet away from me, and paused to listen before going deeper into the woods.  “Good morning”, I said.  He jumped three feet vertically and I think his paws were already digging for traction mid-air.  When he came back down to the ground, he sent a spray of brown leaves three feet behind him as he accelerated.  He was completely out of sight in less than five seconds.

Even so, when I looked at the sets of tracks, five of them moving side by side, I couldn’t overlook that for most of the others creatures around here this was the reality of the nature of a fallen world.  Death and life written there in the fresh, unstained snow.  Something deep in my own mortal soul was relieved that for this moment, they were just passing through.