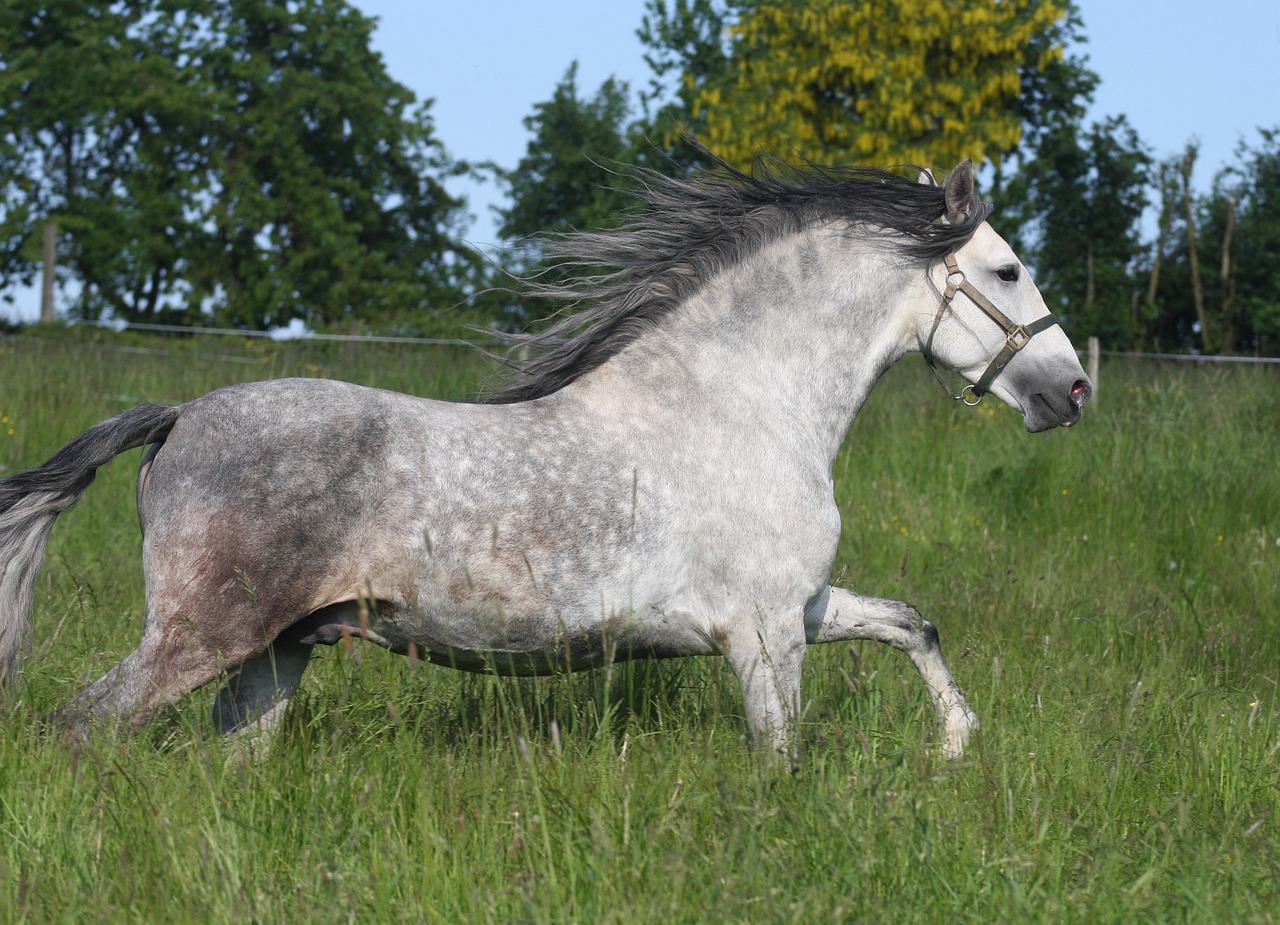 There was a little hatch-type door from my bedroom into the attic storage area of my childhood home.  It was poorly insulated, so in the summer it was roasting in there, and in the winter, it was freezing.  But during the more temperate months I occasionally liked to explore and look through some of the boxes to see what I could find of interest.  I was the youngest child and there was a pretty big spread of ages from oldest to youngest, so most of what I looked for were things that helped connect me to all that happened in our family before I came along.

One day I opened the lid to a little cedar chest.  I was surprised to find a large black and white portrait of a horse.  I decided to bring the picture downstairs to see if my mother could tell me anything about the picture.  When I showed it to her, she sighed, and she got a little far-off look in her eye.  She took the picture from my hands.  She held the picture out and smiled, “This is The Dapple Gray”, she said.

She explained that they owned the horse when they ran the riding stable at Oneida Golf and Riding, what is now the Oneida Golf and Country Club.  I checked the website and see that the horse stables were built in the early 1930’s and they were torn down in the 1980’s.  Based on my sister Sandy’s age I would guess that my parents managed the horse stables in the early to mid-1950’s.  Sandy was born in Marquette Michigan when my family lived in the U.P. for several years, and managing the stable was my dad’s occupation when they first moved back to Wisconsin.

If the horse had a name, my mother didn’t use it.  She simply referred to the horse by its coloring – the dapple gray, but she said it with respect as if it was the horse’s title more than his color.  She went on to say that it was the most beautiful horse they had.  The only person who ever rode the horse was my father.  “Was he mean?” I asked.  “No, he was blind,” my mom answered.  She said that he was a jumping horse.  Of course, that begs a question of how a blind horse could possibly jump a railing.  “Your dad would get The Dapple Gray lined up and running hard, and when they got to the rail, he would just squeeze his knees and the horse would know that it was time to jump.  No command.  No whip. Just a little squeeze and the horse would jump.

Even now, well over fifty years from the day I found that picture in the attic and showed it to my mother, it still stirs my heart.  That is, in a way, an unlived memory for me.  I never saw my dad leap over the rail on the back of that blind horse with my eyes, but I have pictured it many times in my mind.  My dad as a younger man than I knew – fit and dark-haired, reins held firmly and knees up high along the horse’s neck.  They circle round building up speed, the horse’s nostrils flare wide, his hooves pounding like building thunder.  The rail nears, then in a graceful arc like an invisible rainbow, the great horse launches himself and clears the rail.  Unlived memory – yes.  But it is one of my favorites.  My dad and The Dapple Gray.