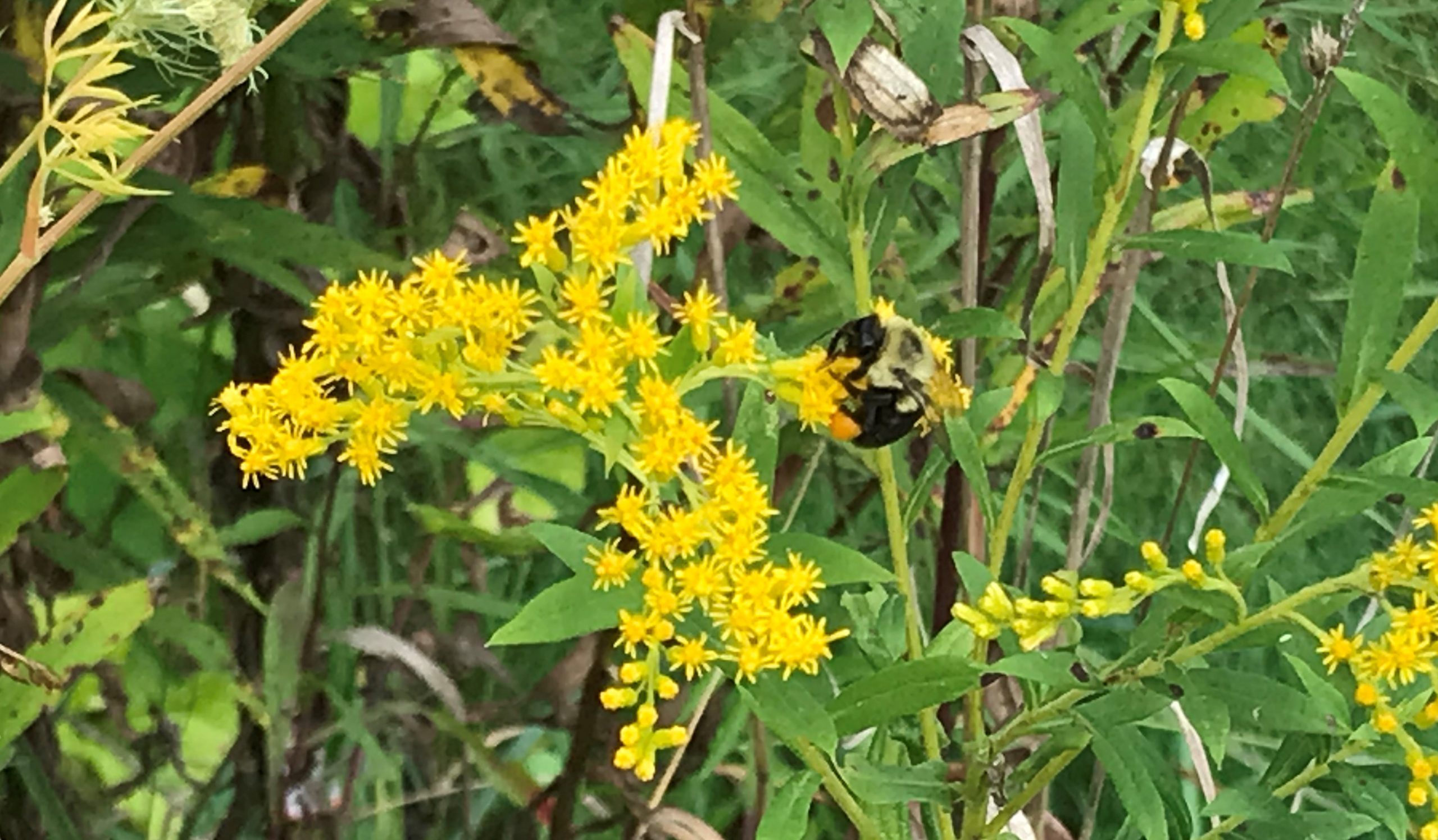 I love Autumn, and let’s just say that the heat and humidity of summer don’t bring out the best in me.  So, whenever the first day of summer came around each year, I used to say, “One day closer to fall.”  That didn’t go over well with my school teacher wife.  She enjoys the summer time to relax from and recharge for the school year.  “Don’t wish away my summer!” she would advise, warn, admonish me.  I learned to scale back my verbal enthusiasm for the arrival of autumn, at least in her presence.  That was a most expedient and wise decision.

Still, there are little signs of the coming times that cannot be denied, even if they are unnoticed by many.  I have suggested many times in the past that there are no such things as “the changing of the seasons”.  It is always more of a dissolving /absorbing experience as one seasons melds into the next.  That means that while we still have one full calendar month left of summer, there are harbingers of the coming autumn already singing and gaining voice.

One of these harbingers is the goldenrod that is just beginning to bloom.  Goldenrod is one of the most aggressive and prolific wildflowers as entire fields, including the one across the road from my house, will soon be a sea of yellow.

One thing that I have noticed about goldenrod is that the flower itself experiences its own autumn change of color.  Now, in late August, the flowers open bright yellow.  There are even various shades with some plants almost approaching a bright lemon yellow.  The flowers are long-lasting for wildflowers and they will bloom well into September.  The late season flowers take on a dusky yellowness before fading altogether as the frost comes on harder.  Aldo Leopold in one of his famous Sand County Almanac essays wrote of tamaracks turning “smoky gold”.  I think that description is also fitting for the end-of-season color of goldenrods.

I had a good friend named Pete in my early teen and high school years who shared my passion for the outdoors.  We went on many forays into the local woodlots and in the deeper woods around his family’s cabin near Crooked Lake.  At first, we usually never attempted an overnight camp out with less than about 50 pounds of canned goods, but as we became more experienced, we tried living off of the land, which meant we cut our overnight excursion supplies at least in half!

Those were the days when Euell Gibbons, a supposedly famous naturalist and health food expert did national television cereal commercials where he shared bits of wisdom like, “Do you know that goldenrod makes an excellent tea?”  Well, we did now!  We should have read his books because I am sure that he must have advised tenderfeet to first pick and dry the flowers down.  In clear demonstration in living color that a little learning really is a dangerous thing, I recall one late August camp over when we grabbed handfuls of goldenrod flowers and pitched them right into a pan of boiling water.  We boiled the brew for about 30 minutes, or maybe about 28 minutes longer than you need to properly steep a cup of tea.  Ever impatient, we burned our lips and scorched the roofs of our mouths with the first sips of cups of sheer bitterness that tasted something like pure tannic acid.  It was more suited to removing paint than sipping.  We decided right then and there that Euell did NOT know what he was talking about.

I captured the accompanying picture this week that shows a bee who is also enthusiastic about goldenrods as he is full of pollen and nectar.  I suppose that his goldenrod-flavored honey will be pre-sweetened and quite delicious.  I think that I will make a cup of tea.