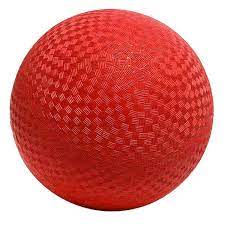 I just recently finished my second Master’s degree.  I am fairly certain that my formal classroom days are now completed.  As I reflect back on all of that education, I still have to say that one of my favorite years, for many reasons perhaps my very favorite year, was second grade as St. Jude grade school.  That was the year that I had Sister Francis Mary as my teacher.

Sister Francis Mary had a kind and patient teaching style that guided us through learning to read and write and math.  She also prepared us to receive our First Holy Communion and through the fear of our First Confession.  Maybe most of all I remember one day that I became ill at school.  It was a simpler and more trusting time, so when she called my mother Sister Francis Mary learned that my father was at work with the family car and my mother had no way to come and get me.  Instead, she brought me to the convent and let me crawl into her own bed.  She covered me with a quilt, placed a cool wash cloth on my forehead and told me to rest.  She checked in on me at lunch time.  When I told her that I was feeling a bit better she brought me toast and a cup of hot chocolate.  She read me the story of Danny the Dinosaur.  I felt her concern and her love.  They were warm and comfortable and covered me just like the quilt.

Sister Francis Mary was a Bay Settlement Franciscan.  At the time I was in second grade the good Sisters still wore a floor length black habit and a full wimple and veil that covered everything except their faces.  To an eight-year-old their style of dress added an air of respect and a bit of mystery.  It was that habit that led me to commit the unforgiveable sin.

It was lunch recess and we were playing outside on a very nice day.  The girls were jumping rope and the boys were playing kickball.  Sister Francis Mary was standing on the middle of it all, keeping an eye on all of us.

It was my turn to kick and I remember the big red rubber ball rolling my way.  I stepped into it and I could tell that I had caught the ball perfectly.  I saw the hard, line drive and I began to run for first base, looking to see if I should try for extra bases.  Then I watched in terror as I realized that the ball was flying right at the head of Sister Francis Mary who was turned, looking the other way.  She never saw it coming, so she had no time to react.  The ball caught her flush on the left side of her head and she crumpled to the black top.

The game was forgotten as all the kids ran to Sister Francis Mary who by now was getting back to her feet.  I noticed then that her headpiece had been knocked back and twisted.  I saw, we all saw, a bit of Sister Francis Mary’s short brown hair exposed.  My heart sunk.  I wasn’t sure what happened to kids who knocked off a nun’s veil but I was sure that it meant something extreme – like getting expelled from school or even condemned to hell.  My stomach felt much queasier at that moment than the stomach flu incident I mentioned previously.

Of course, all of my friends and fellow classmates were quick to turn me in.  “It was Dan!” I could hear them all yelling.  I had stopped about ten feet from Sister, afraid to get any closer.  I am sure that my mouth was hanging open – wordless.

To my amazement Sister simply tucked her hair back in place, she straightened out her veil, she looked at me and laughed.  “I better be more alert out here!” she said.  She patted me on top of the head as the school bell rang – calling us back to class.

It was a life lessons moment.  I learned that there is no such thing as the unforgiveable sin.  The only thing left unforgiven is what we have been too afraid to ask forgiveness for.  There is also a distinct difference between cause and blame.  And you can’t always count on others; even friends might sell you out.  But you can always count on love when it is pure, sincere and Godly.