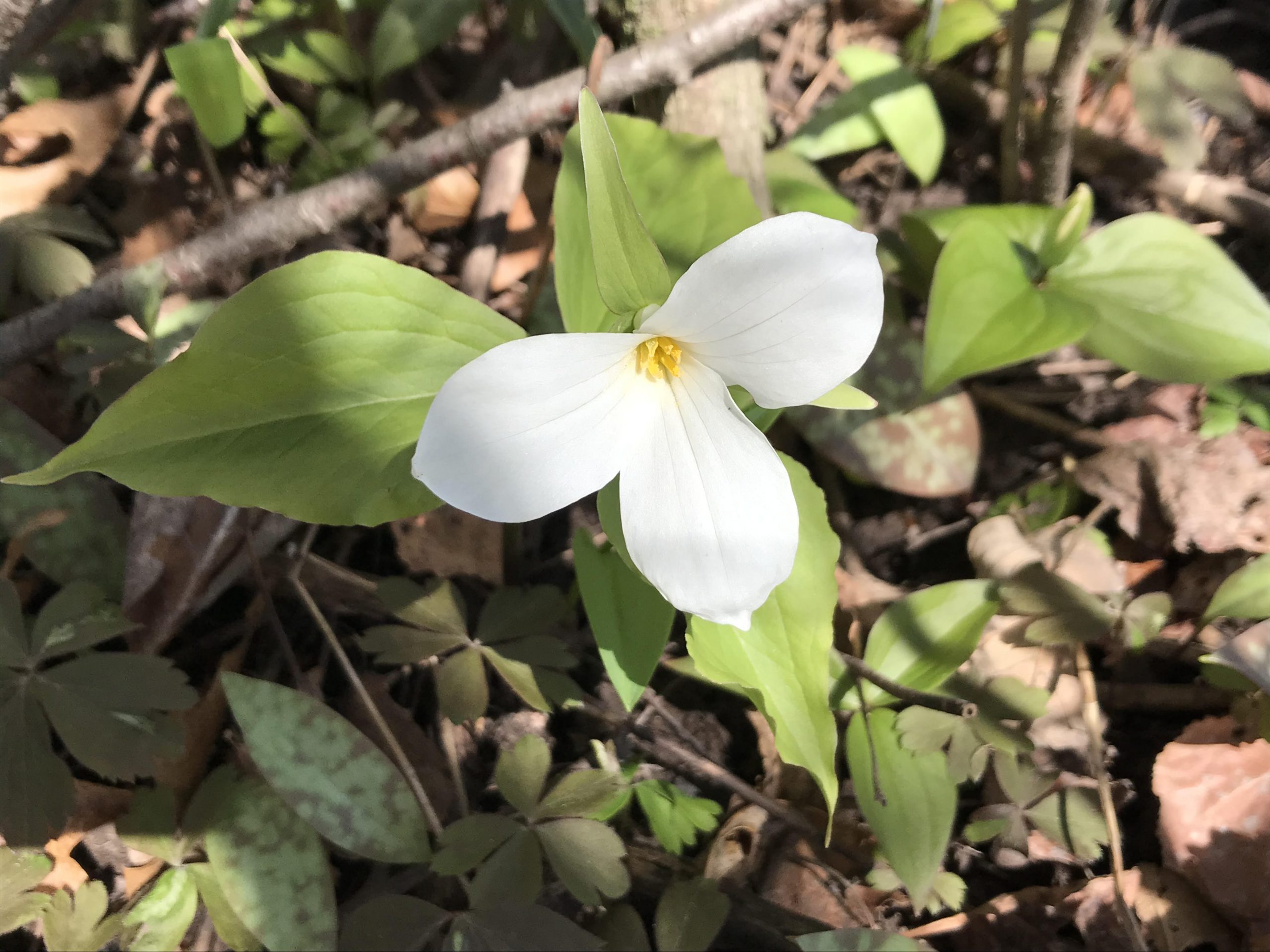 A number of years ago we built a new kitchen out of the back of our house and converted the former kitchen work area into a study.  One of the finishing touches was the purchase of a nice little print on a trip to Door County of some trilliums in bloom.  The road that we live on ends at a sizable chunk of woods.  It’s typical Wisconsin hardwoods – mostly maples and ash.  Each year, usually during the end of April and very beginning of May, the forest floor is awash in trilliums.  While many of the early wildflowers are tiny and can be easily overlooked, trilliums with their three white, sometimes pinkish petals are a larger flower and much more conspicuous.  Even those not looking for them would have to try hard not to at least take notice.  The art print reminded us of this special couple of weeks and offered a way to cherish the flowers year-round.

The problem started innocently enough.  During a Christmas shopping adventure Michelle had purchased a winter themed print that she swapped out with the trillium print just to be more seasonal.  The problem then took full shape when the snow melted.  We agreed that it was time to put the trilliums back up on the kitchen wall.  The thing was, we couldn’t find the trillium print.  No matter how much we searched the house it was fruitless.

The search expanded to places where we were sure that it couldn’t be.  And we were correct – at least about that – it wasn’t in any of those places.  We called a halt and put up something else.  Every once in a while, one of us would get an idea, or a notion and go poking around but to no avail.  Spring came and we at least had the wild trilliums in the woods to enjoy for a couple of weeks.  Summer and autumn though passed flowerless on our kitchen wall.  When November came around Michelle went to get that little print of winter, she came back to the kitchen with the winter print in one hand and the trillium print in the other.  The trilliums had been in the first closet we had searched and ruled out the previous spring – only they were up on the shelf instead of on the floor of the closet.  Michelle had thought the print would be safer there – and safer it was!

We didn’t take any chances this past year.  The trillium print stayed up on the kitchen wall all year round.  This week we’ve noticed that the trilliums in the neighboring woods began to bloom as well.  Twice blessed once again.