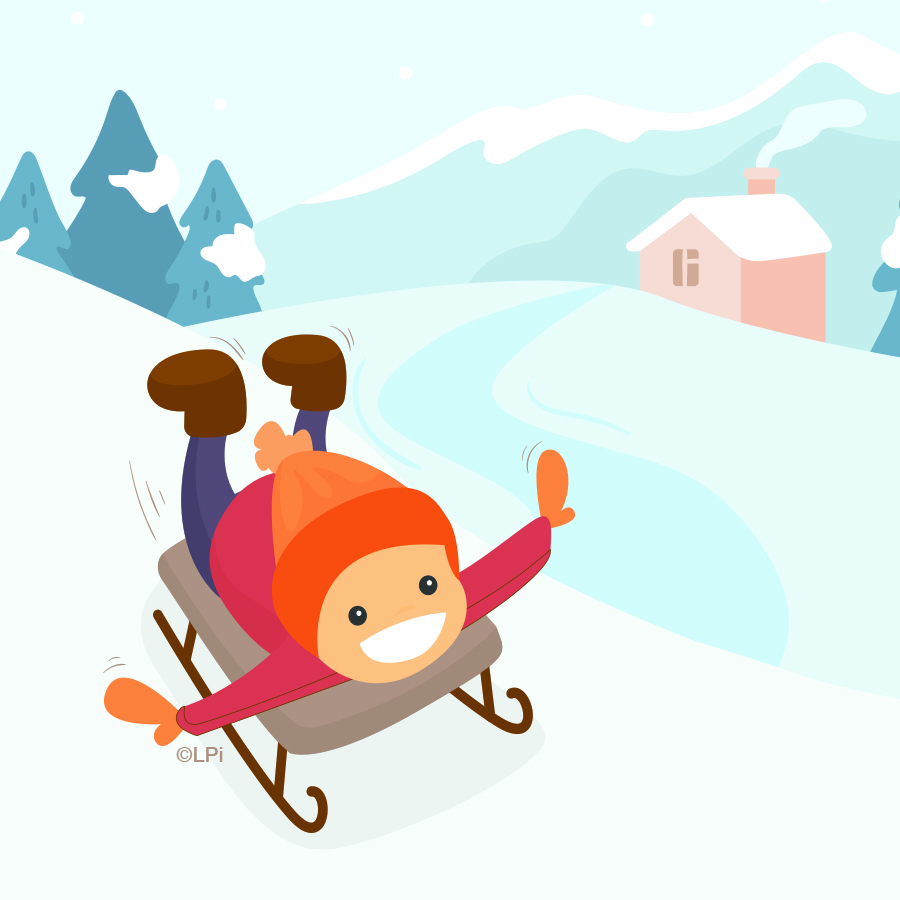 Since we didn’t have much of a winter around here this year – not complaining, just saying – it seems like there should be one more winter story before the predicted spring temps this coming week melt away what’s left of the little bit of snow we did have. Here goes, . . .

I was a youngest child. My wife, who was an oldest child and who is a learned school teacher who has taken classes so she knows – can tell you all the things that means about the ways that I think and act. Maybe. I do know one thing for most certain. In my family it meant that I was the one who everything got handed down to. I was the end of the line. That was especially true in my case because I had a brother just 13 months older than me. So that meant that whenever we go something big for a present, such as a two-wheel bike, we had to share it, and my brother had first dibs.

That was how it went when one Christmas, propped up in the corner was a Flexible Flyer Sled. It was the big one of course, so my brother and I could both fit. But if you know anything about big brothers, you know that that he fit in turns where he went on his own in between our shared rides. As the youngest, I was not allowed solo runs of my own. I learned early that life was not always fair for a youngest child. It was the same with other stuff like the bike we shared but you can do other things in summer while waiting for a turn at a bike. There aren’t too many options for killing time at the sledding hill, and standing around tends to let the cold get ahold of you. So, my most vocal complaining about sharing was focused on that sled.

I must have been a pest, or maybe my parents agreed I had something of a point, because one Saturday my dad came home with the solution – a hand-me down sled from a cousin. The sled was not new – in fact it was brown with rust. The cousin who had owned it as a child was now out of the army and married. Some of the deck boards seemed a little loose and wiggly. It was also the smaller, single person sled. But it was mine!

The next day, like most Sundays we drove to Kaukauna to visit our Grandmother LaBorde. There was a great sledding hill just down the street from her house. I enjoyed the afternoon immensely! No waiting for a turn – just sledding run after sledding run, as fast as I could get back up to the top of the hill.

We knew it was close to time for us to leave – time for just one last run. Adventure called. How could I make this the best run ever? I looked down the way and noticed the four- or five-foot-high rock wall that lined the bottom of the hill off to that side. If I slid down the hill over there, I would go off of the top of that wall like a ski jumper. I immediately had visions of the glory of soaring through the air and landing neatly. It would make sledding history!

Neither last-second jitters nor any timely dose of intelligence overwhelmed me as I readied myself at the top of the hill and lined up with the wall below. I decided that belly flop style would give me the best view as I took air. The little sled picked up speed. Snow sprayed in my face. I saw the top of the wall in front – and then underneath me. For a glorious second or two I sledded on air!

But the glory faded fast. The thing about that run that I remember the most was the abrupt halt. When I hit the ground, I hit hard. There was not long glide of victory. It was more of a splat. I remember that my body hurt all over. I remember just laying there for a few seconds trying to clear my head.

As I got up, I realized that the steering handle was still in my hand. I looked down at my sled. It had literally disintegrated! All five of the deck boards were loose. The two metal runners were splayed outward in different directions. I gathered all of the pieces and carried the mortal remains of what used to be a sled in my crooked arms like a stack of so much firewood.

My brother didn’t know what to say. I didn’t know what to say. I think I was still in shock as I dumped my sled pieces into the open trunk of our car. My dad looked at the debris that was my sled. He didn’t even ask me what happened. I never knew if he felt guilty for giving me an old sled that obviously wasn’t in good shape, or if he was angry, or if he was trying to keep from laughing out loud – maybe all three.

I guess I was never meant to have a sled of my own.