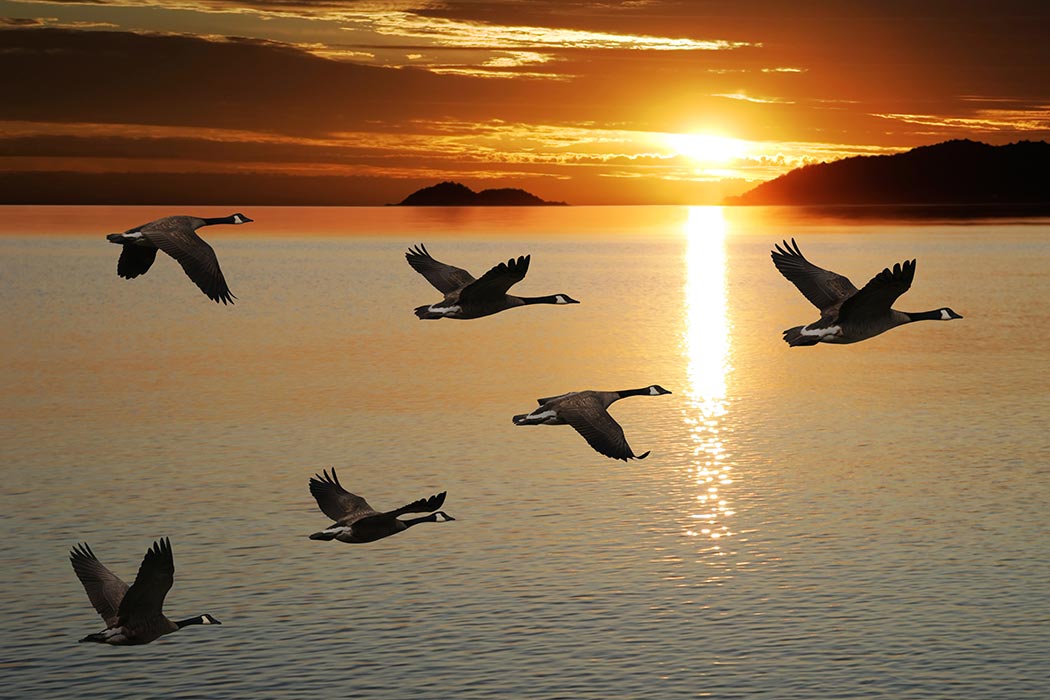 I saw them from about a mile away.  I noticed several things as soon as I caught sight of them.  First was that they were in true “V” formation.  Second was how many there were in the flock.  Granted, it wasn’t a big southward heading flock; there were only about 30 geese.  But mostly up until these recent days the geese have been flying more in combined family groupings of a dozen or so individuals.  It’s evident that the birds are beginning to flock up.

The “V” easily cut into a strong steady northwest wind.  It was amazing how steady they were given the force trying to push them around.  As they flew past me, they began calling loudly and the little flock suddenly broke ranks.  The strong stiff wings set.  When they did flap their wings, it was evident that they weren’t trying to gain altitude; they were intentionally letting the lift slide past so they could land.  They didn’t circle or show any caution; instead they control tumbled down quickly and landed not altogether, but in little bunches – probably in the family groups that made up the bigger flock.

By the time my walk caught up with them I could see they were not alone.  The farmer already had about twenty acres of the corn combined and the cut field was filling up with geese in search of the kernels that were left behind.

I stood for about 10 minutes watching as one little flock after another materialized in the gray sky, no doubt coming off the Bay where they had spent the night, and then descended into the field.  I guessed there were already about 400 geese on the ground with more on the way.  The honking was growing louder as more voices joined the choir.

I had already prayed Morning Prayer before I headed out for my walk.  But the geese reminded me that it is best to pray in community.