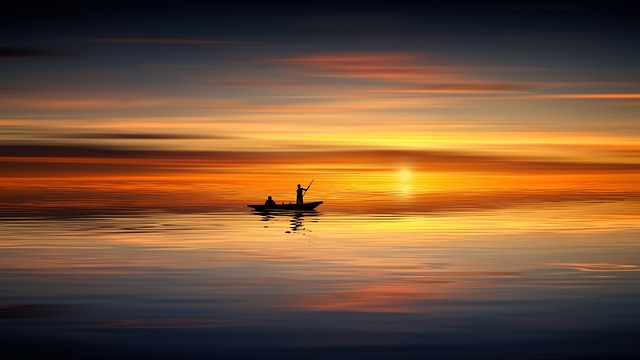 I like the name of it – Dan’s Landing.  If there was true justice in this fallen world, it should be a canoe launch on some remote northern lake with great shoreline flyfishing, or a put-in point on a wild stream brimming with cascading rapids and hungry wild trout.  But, the reality of the situation is that Dan’s Landing is at the top of the steps leading to the upstairs bedrooms of our house.

When the children that used to fill those bedrooms were young, the landing at first was just a pass through to the bedrooms.  Later, it held a small table, an office chair and our home computer.  With the children all grown now with homes and families of their own, I claimed the space as a safe haven.  If anyone, for any unimagined reason, would want to know who I am, or who I was, Dan’s Landing would be a great place to start.

On the wall there are wildlife paintings.  One is of chickadees.  I have hunted grouse, and woodcock, wild turkeys, ringneck pheasants, Hungarian partridge in Wisconsin, and even Gambrel’s quail in Nevada, but my favorite bird is the chickadee, hence the portrait.  Chickadees are perpetual energy and motion.  This little tuft of feathers is ever undaunted.  I especially have enjoyed watching them from my deer stand.  I have watched chickadees pass through, hopping tree to tree, branch to branch in the midst of icy November rain, through slanting snow and in frigid bitter temperatures – always buzzing their telltale song: “chick-a-dee-dee-dee”.  I have had them land on my hat, on my shoulder, and even on arrow and on the barrel of my rifle.  You can’t take life or yourself overly seriously with chickadees nearby.

You would quickly discern that I have a soft heart for outdoor things old.  My dad’s Shakespeare casting rod is propped up with some whitetail antlers.  It is solid fiberglass; the first fiberglass fishing pole ever on the market.  I took it to a man who specializes in buying and selling old fishing gear just out of curiosity.  He said it was only worth about six dollars because there were so many of them made, and the quality was so high that many thousands still survive.  I am sure he was right that, but I can look at it, close my eyes and watch my father reeling in yet another perch – his favorite fish to catch and eat.  It is good to know the worth of something, and the value of something, because most often they are not the same thing.

There are several old fishing lures.  There are several perch-colored pikie minnow lures I collected only because my dad kept one in his old metal tackle box.  I also have the boxes they came in denoting they came from the Creek Chub Bait Company of Garrett Indiana.  There is a shadow box that holds two Heddon red and white plugs from the 1950’s.  They were in a tackle box that belonged to one of my wife’s uncles.  His wife gave me the tackle box after he passed away, and I discovered the two treasures inside.  I mounted them and put them on display even though I know they would certainly still catch fish, but I can’t risk losing them as I have a habit of doing with fishing lures (usually in overhanging tree branches, underwater structure, and even occasionally in the jaw of an escaping fish).

There are two bookshelves, each shelf at near capacity.  One holds all outdoor oriented books.  Some bear the names of who I consider the masters of outdoor literature such as MacQuarrie and Hill.  A good number of them are humor.  I think it would surprise quite a few people who have been around me, especially in the workplace, to discover that I really do enjoy a good laugh, especially when the writer touches my younger self as Patrick Mc Manus did in his story, Poof No Eyebrows.  Well, there is no sense in leaving no mystery, so that’s all I will admit about that!

But the most valuable piece in this little museum to and of myself is a little three by five-inch photograph.  It is a picture of my three sons and I, taken around 1994.  The boys are all holding a stringer of fish we caught while camping at Laura Lake.  The weight of that stringer certainly didn’t require all three of them to lift it, but they were all so proud of our catch.  I can see the “big” smallmouth bass that I caught that day.  It wasn’t my biggest even up to that point, and certainly I have caught many more much larger since.  But it was the biggest fish that the boys had ever witnessed being caught up to that point.  It was one of those special life moments for a father when you know your sons are excited and happy, and that just then they wouldn’t want to be anywhere else or with anyone else, and yes, they were even proud of their father.  And for me it was a day when all that was good in life was captured in that picture, a moment when my sons were still just mine.