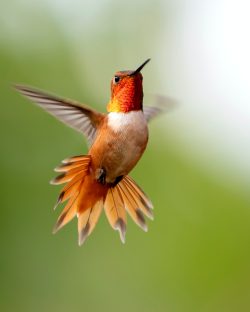 Ready or Not Sept 5 Embers Blog

I remember playing hide and seek as a youngster.  Whoever was “it” had to count off to the designated number and once there, had to yell out “Ready of not; here I come!”  Of course, if you weren’t ready, meaning that you hadn’t yet found and settled into a good hiding spot, there was a high likelihood that you were going to be “it” for the next round.  In nature the stakes are much higher; if you are not ready, you aren’t likely to survive the coming test of winter.

I thought about this three weeks ago when I spotted a doe and a fawn in one of the farm fields along my morning walk.  They were all the way against the back fence – at least 400 – 500 yards distance.  Their sleek reddish coats made them stand out against the emerald green alfalfa.  I probably only noticed them because a small flock of sandhill cranes, trumpeting loudly, from the same direction as the deer invited me to take notice.  I did take note of the cranes and the deer almost at the same time because the cranes were only about thirty feet up.  I think the cranes may have also caught the attention of the deer and caused them to look my way.

What surprised me was that while I was a good distance away, and not moving in their direction, the deer burst into a full throttle run.  What further caught my eye was that the fawn, while still roughly half of the doe’s size, passed the doe and led the bounding escape, leaping the far fence with ease.  I hadn’t stopped or noticeably paid the deer any attention, and I was so far from them that I was surprised that they considered me enough of a threat to run for cover.  It was only after thinking about it that I wondered if the doe hadn’t used the situation as a teachable moment for the fawn and a test of its growing awareness, size and speed.

Then, several days ago something happened that hadn’t happened since early spring.  The two ponds that I walk by have been fairly empty of geese since the local birds had mated up and dispersed to raise their broods.  Sure, there was an occasional loner goose seen as I passed by on some of my summer morning walks, but for the most part the ponds have been empty and quiet, except for the shorebirds and songbirds.

But this day as I made my way home mid-morning I watched as family groups of geese came flying in from the west and the north and dropped down into the ponds.  When I walked past the ponds I noted there was easily a couple hundred geese already on the water and other family groups were still settling in.  Could it be that the parent geese were both stretching the wings of their young and also introducing them to larger flocks after a first summer of social life limited for the most part to their immediate family?  This year’s hatchlings will need to be comfortable with flight and flocks before the first northwest blast of cold air blows slanting snow across the harvested cornfields.

This week’s weather has been delightful for long mornings on the patio, drinking coffee and enjoying the hummingbird aerial show.  After pretty much abandoning our feeder for the abundant blooms of summer, this week the hummers were back enforce.  One morning we watched four of the miniature birds come and go.  They would buzz in, sit on the feeder and gulp and then buzz away, only to return a few seconds later from a totally different direction.  I did a little research but everything I came across explained that hummers chase each other when it is mating time and they are driving away rivals (not a likely explanation for late August), or they are defending their territory.  The problem with the territory explanation is that the birds flew out and returned together.  They clearly were not driving away rivals; they were flying and staying together.  I wonder if this is a parent bird (read ‘female’ as the male does not help with raising the young) with this year’s brood, also helping get them ready for the coming migration?

Nature underscores the reality of purpose.  Everything that wildlife does, especially with their young, has purpose and meaning.  While some may think that they are at play as humans may be, that purpose is almost always focused on survival.

Purpose for people is at a higher level.  Who are we?  Whose are we?  Given my unique gifts, blessings, talents, and urges of heart, what is that I should do that will best serve the One who has bestowed them on me and His People?  These are the questions of discernment.  Those who seek the answers to these questions will lead more joyful lives, and when the end time is at hand, they will be ready.

O Lord, you have searched me and known me.  You know when I sit down and when I rise up; you discern my thoughts from far away.  For it was you who formed my inward parts; you knit me together in my mother’s womb.  I praise you, for I am fearfully and wonderfully made.  Wonderful are your works; that I know very well.  Psalm 139 1-2, 13-14