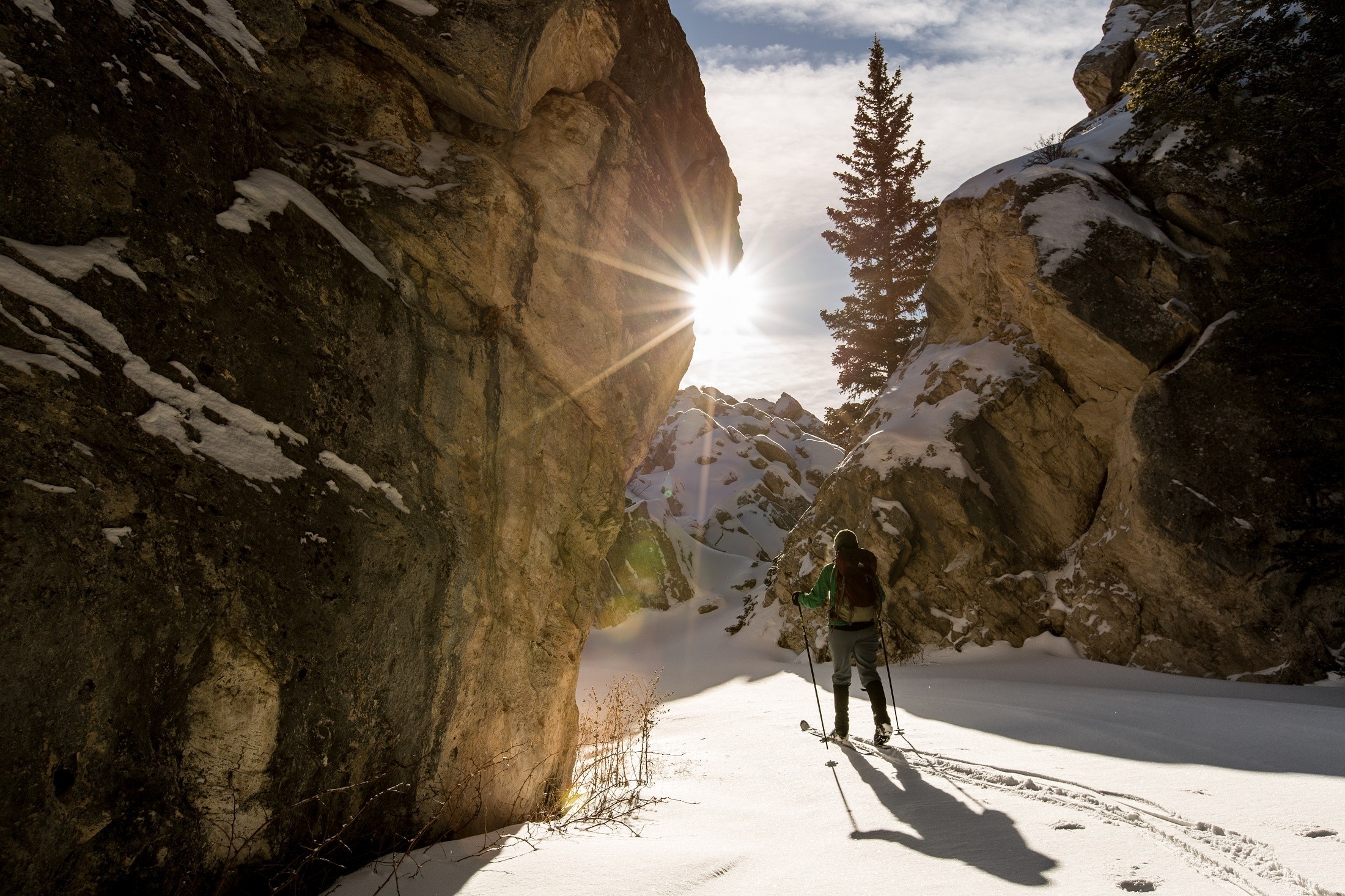 My family bought me cross country skis for Christmas.  My immediate reaction was skepticism.  I used to cross country ski; I used to ski several times per week.  It used to be one of my favorite outdoor activities, regardless of season.  But I haven’t skied in more than 20 years or more.  I gave it up because I couldn’t convince anyone in my family to share my passion.  So, we did the things that they liked to do.

New skis.  What were they thinking?  I guess they were thinking that now that they are all grown up and out with families of their own, and since I have retired, I may want to take up some of the things I used to love.  I know what I was thinking.  I was thinking that 62 going on 63 is a heck of a time to take up cross country skiing again.  I was thinking that while my surgeon said that my new hip should hold up just fine, I was wondering if I wanted to take the risk to see if he was right.

Nature made sure that I had some time to adjust.  First there was no snow.  Then we had the long bitter cold stretch.  I remember skiing in below zero weather in my college days without a second though, but it had no appeal to me this time around.

But today was the day.  The trails were supposed to be in good shape and with a high in the 20’s the conditions were right.  I headed for Barkhausen Nature Area along the west shore of Green Bay.  I remembered that I had only skied there once before.  I never went back because I found it relatively unexciting because it is flat all the way around.  Today boring sounded good.

The first mile brought to mind when Thumper sees Bambi the first time and the newborn deer is struggling to find his balance.  Thumper observes, “Kind of wobbly, ain’t he?”  So, doubt skied along with me for the first stretch.

I had figured on skiing the Shore trail which is the longest one there.  Five miles sounded doable considering I do 6 miles on the elliptical machine each morning at the Y.  So, when I got to the first trail cutoff, I stayed left with the hope that it would get better.

It was about the time that I skied past the two-mile marker that I realized that it had gotten better.  Sure, there was an occasional slip but I was feeling better about things.  As I passed the three-mile marker I found a more confident stride.  I began to remember that not only was this fun at one point in my life, that it really could be fun again.  I still love the quiet and stark beauty of the winter woods.

I made it to the parking lot feeling good.  Maybe next time I’ll go at least part way around a second time.

There are few discoveries as important as finding yourself again.  God smiles when we do that.