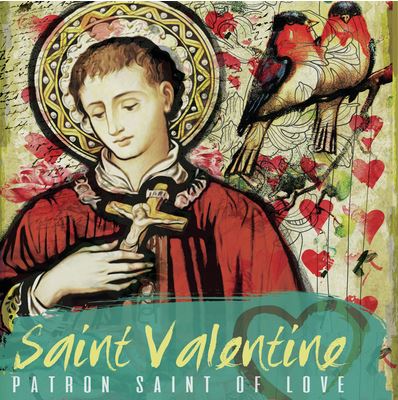 With Valentine’s Day coming up, I thought it would be a good idea to take a look at the actual person that the day is named after. He is easily one of the most famous saints, but few people know the extraordinary person behind all of the hearts and candy.


St. Valentine was a bishop and evangelist in the Roman empire in the mid-200’s. He became a formidable figure in the Church during the persecutions of Emperor Claudius II. Significant political figures in the Roman empire converted because of Valentine’s influence, and that eventually led to his arrest. Claudius II gave Valentine the choice to either renounce his faith, or be beaten with clubs and beheaded. Valentine chose torture and death rather than turning his back on his faith, so his sentence was carried out on February 14th, in the year 269.

This story might seem to be the exact opposite from what we celebrate on Valentine’s Day, but I propose that the story of St. Valentine is a more profound display of love than a box of chocolate or a bouquet of flowers could ever be. This Valentine’s Day remember that true love is to sacrifice oneself for the good of another. Jesus showed us love in the most perfect way possible in his death on the cross, and St. Valentine shared in that same love when he gave his life for Christ.